We are farmers first and stewards of the land always.

In 1983 Redwood Empire Vineyard Management took root with a diploma, a dream and a beat up 1961 Chevy truck.

We still have the truck. And it still works. It’s a reminder of our commitment to things, principles, and ideas that are built to stand the test of time.

And it all started with Kevin Barr, owner of Redwood Empire Vineyard Management (REVM). Kevin was eight years old, crammed into the back of his father’s station wagon and en route from Marin County to the family’s newly purchased Yorkville sheep ranch in Mendocino County. When Kevin’s eyes saw the bounty of Sonoma County on the drive, he knew immediately he wanted to be a farmer.

Kevin pursued his dream with summer farm jobs. This led to an Agriculture Science/Viticulture degree from UC Davis and several years of training with some of the county’s most respected vineyard managers before deciding to strike out on his own.  He had a little seed money, a good business plan and an even better loan officer.

Within five years, Kevin had 20 clients, 30 full time employees – as many as one hundred during harvest season – and managed 500 acres of vineyards between Santa Rosa and Cloverdale.

Linda Barr, co-owner of REVM, joined the company in 1991, She immediately instilled her infectious enthusiasm and passion for details into the everyday operations of the business. The very definition of a hands-on owner, Linda is involved with every aspect of REVM and her spirit and commitment have become the standards of quality to which all our staff and employees aspire.

Tyler Klick started at REVM in 1997 working with field crews picking up rocks, installing stakes by hand and planting vines.  Tyler soon found himself alongside Kevin happily working 15-hour days.  He wanted to learn every aspect of the business and by his third summer at REVM, Kevin offered him a full-time job. As time went on he became more and more involved with the operations and client relationships joining Kevin and Linda as owners in 2006.

Today, REVM sports a fleet of trucks and heavy equipment, develops and manages vineyards from five acres to more than 100, employs many of the original crew and still has Kevin, Linda and Tyler clocking 15-hour days six times a week in order to personally oversee each vineyard no matter how large or small. 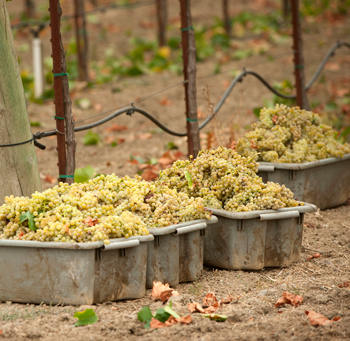